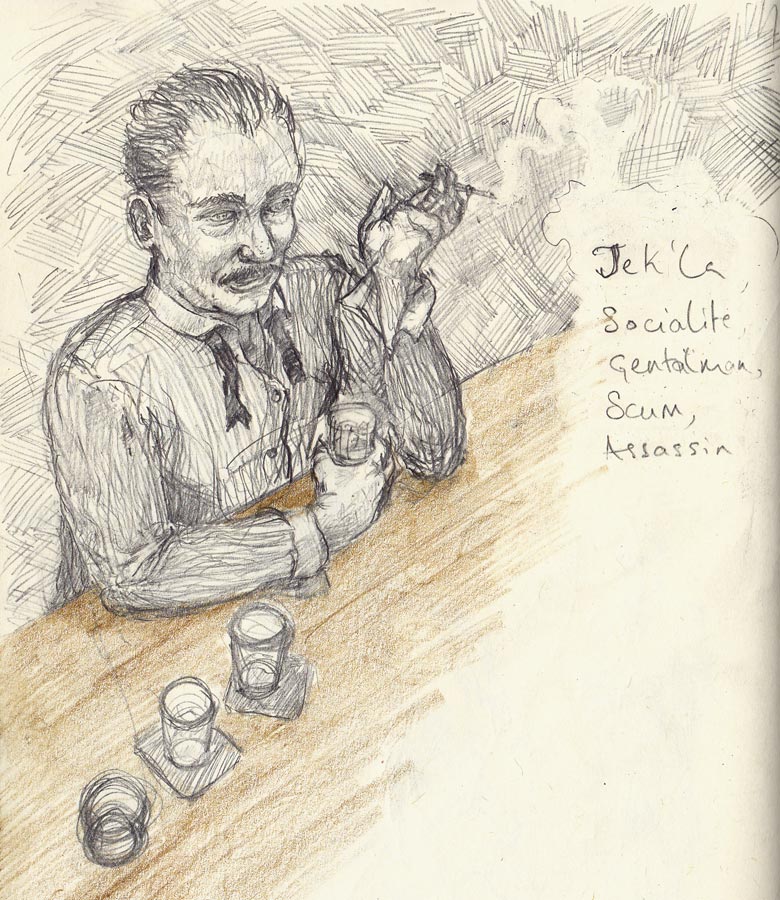 A quick sketch of another character from the same Dark Heresy group as Diziette. Meet Jek’la; a socialite assassin born in the low levels of a Hive world who has grafted hard to mingle with the elite, posing as one of their own party-loving well-to-dos. Jek’la is a functioning drug addict, whose use of drugs stems from his profession, for want of enhancing performance. For the purposes of the campaign, the drugs that Jek’la take work much the same way as drugs in Fallout 3 . They would bestow a short duration effect/ability/stat bonus, after which would see the onset of stat penalities as withdrawl symtoms set in, which could then be temporarily curtailed by further drug use/abuse.