So I suggested to a friend that they get a better twitter profile pic. I offered to make pixel art. 3 broken promises later and I’ve finally gotten around to doing it. I don’t think it’s finished, but I think it is Good Enough for now at least. I’ve already learned stuff making it, and sure I think it’s got more personality than a blank vector egg. 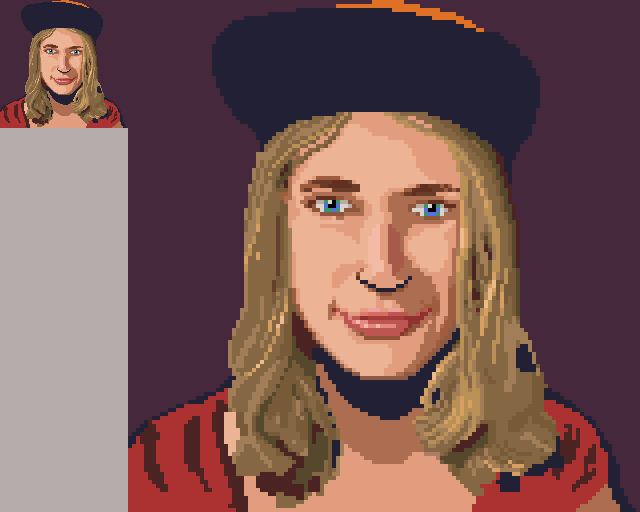