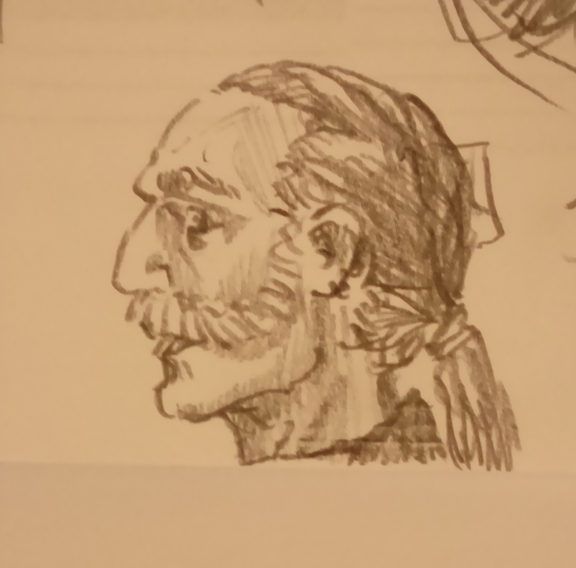 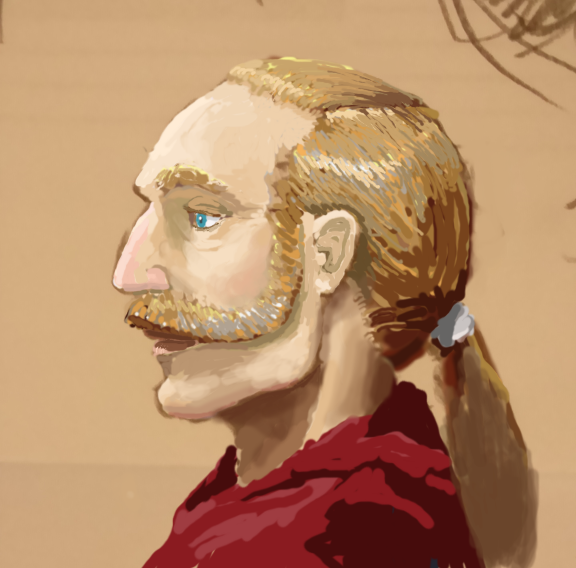 This is a wee portrait of the character I’m roleplaying in a wee game of D&D. Stanvolm, a Cormyrian War Wizard hailing from Arabel, is as pompous as he is fabulous. Our D&D game is set shortly after the Spellplague, a world changing event which deeply affected Stanvolm. Having been driven slightly mad by the effect the peculiar effect the Spellplague had – forcing spells and magic to come loose, casting themselves all at once (Terry Pratchetts Discworld comes to mind) Stanvolm lost all of his arcane spell powers. Stanvolm had a hard time dealing with the Spell Plague aftermath and had to rely on his other more neglected skills to get him through. The game is set some years after that event arcane magic returned to the world, though is now altogether different. Stanvolm enters the story on the War Wizard equivilant of a Sabbatical. Travelling the land in search of those who are engaging with these new arcane arts in hopes of learning and retraining himself to his former glory. In the process he hopes to contribute to the growing library of arcane knowledge which the War Wizards possess.

e’re using the handy roll20 web app and it’s awesome! I have suggested to the group a few ways we could improve the experience and I mean to pursue one or two tof these. This would see me code a firefox / chrome extension for our roll20 games, learning how to do it in the process.